Everyone knows the saying about what the world’s “oldest profession” is, but you will find a very close runner up in the kitchen. The history of those who cook professionally to make their living goes way, way back to the origins of civilization itself.

It’s another epic journey across the ages, this time with a focus on my own chosen profession and day job. This is the long, ancient history of chefs (and restaurants).

Theme music by the incredible Michael Levy of Ancient Lyre.  “An Ancient Lyre” and much more is available from all major digital music stores and streaming sites. 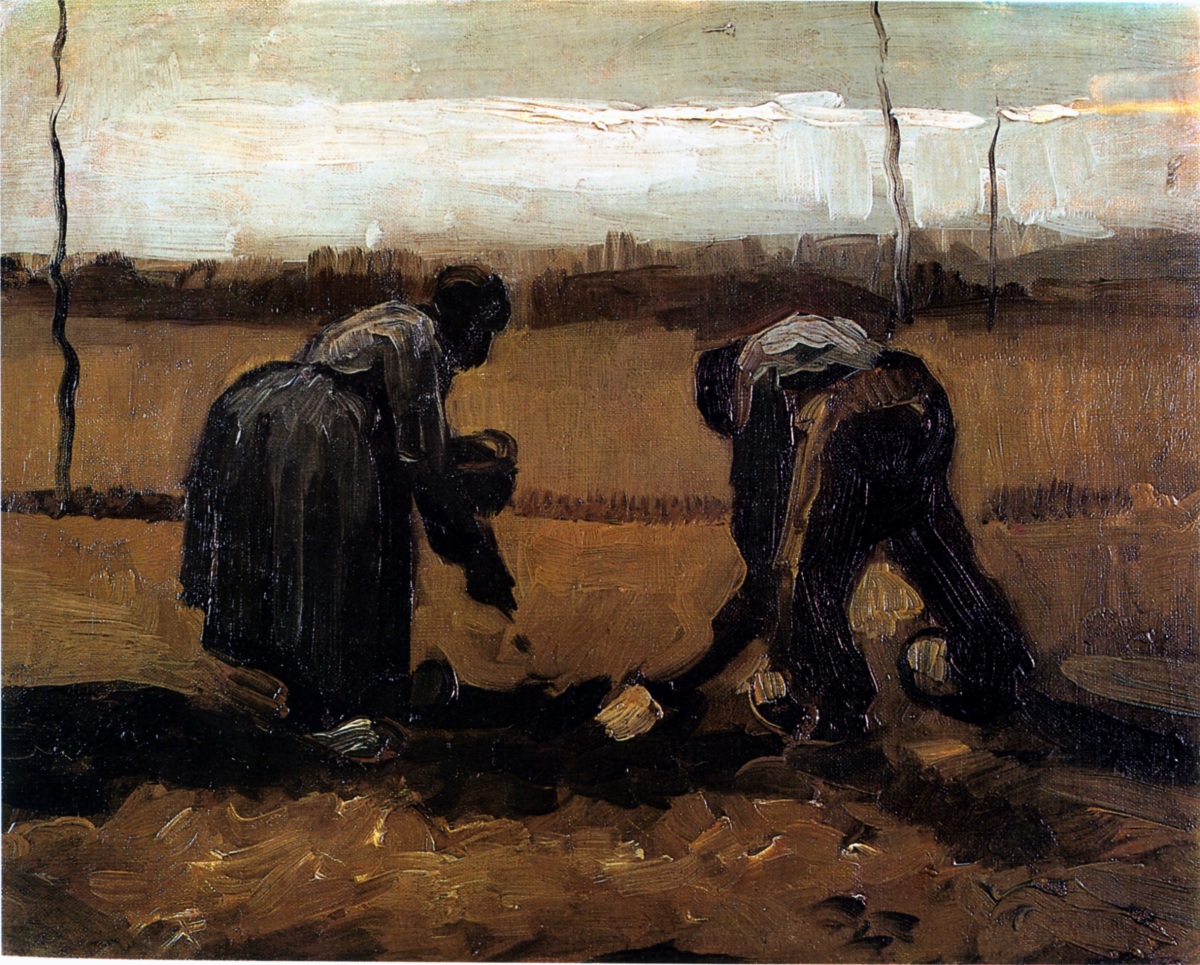 Have you ever wondered if there’s more to history than dates and major events, what some of the stories and daily lives of regular people looked like? Do you need a reminder that history is populated with real people, who had lives just like we do?

Come take a sweeping journey back into the past as we explore the entire history of civilization, but on a more intimate level, examining as closely as we can the daily lives, challenges, and of course foods, of your average subsistence farmer living in any time and culture.

Theme music by the incredible Michael Levy of Ancient Lyre.  “An Ancient Lyre” and much more is available from all major digital music stores and streaming sites.

Bret Devereaux, A Collection of Unmitigated Pedantry; Bread: How Did They Make it

Robert Garland Ph.D Colgate University; The Other Side of History: Daily Life in the Ancient World

Special thanks to the show’s patrons:

When Britain industrialized in the late 1700s and the rest of the western world soon followed, humans were transformed to a degree not seen for 10,000 years when we first settled into farming life.

But it wasn’t some simple flick of the switch, where some entrepreneurs decided to build some factories and invent the modern world. Massive changes to food and agriculture had to happen first. As we’ve come to expect by now, history follows food, in one last grand finale to this season of the podcast. Come listen how!

Music from this Episode: The Best of Beethoven

Ken Albala – A Cultural and Culinary History of Food

Special thanks to the show’s patrons: 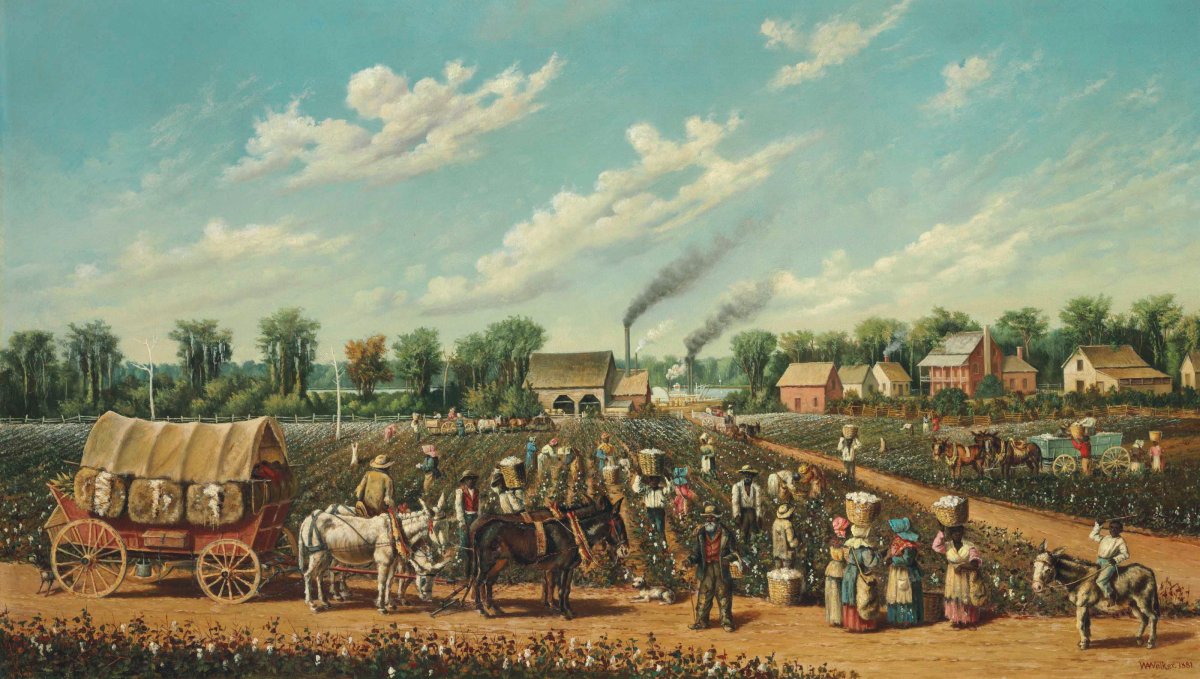 Who founded America? George Washington? Thomas Jefferson? America had founding fathers alright, but they aren’t the ones you’re thinking of. Would you believe that African slaves and Indians were the true minds and bodies behind birthing America’s culture?

It’s all true. Come listen to the story of how American ingredients , cooked by African Slaves, for the benefit of European colonists, created soul food, which created Southern food, which is the foundation of ALL American food. Period.

Music from this Episode: English Country Dances – 17th Century Music From The Publications Of John Playford

END_OF_DOCUMENT_TOKEN_TO_BE_REPLACED

I love this dish. It’s packed with flavor, specifically the flavors of West Africa. It also incorporates a few more “exotic” ingredients typical of East Africa and its trade connections. In that way, we can say this spicy, sweet, tomatoey fish stew is in honor of the great Bantu expansion, when the Bantu peoples of West Africa embarked on many waves of migrations which successively took over much of the continent south of the Sahara.

Paired with fufu or with corn porridge, let this dish and all it’s many flavors transport you to Africa.

*On the fish:
-Stews, especially in Sub Saharan African, are meant to be like… well, a stewpot! Throw in what you have! Incorporate last night’s dinner! So that’s what I did, in my case it was some char grilled tilapia.
– This recipe works great with raw fish too, if you’d rather use that. It has a stronger seafood flavor though. I’ll include down in the instructions how to cook it both ways.

*Note that tomatoes and chilis are only in African cuisine post contact with the New World and the Columbian Exchange, but these days are pretty quintessential to African cuisine. Additionally, tamarind, ginger, and black pepper are ingredients from East and Central Asia, which made their way around Sub Saharan Africa via trade networks across the Indian Ocean

*Before I got cooking, I went outside and harvested some wild and garden greens to cook into my stew.

Once your ingredients are picked and prepped, the cooking part is pretty simple.

In a stewpot or dutch oven, warm up the palm oil over medium heat and saute the onion, ginger, and black pepper for a few minutes until a little soft.

Add the hot red pepper, tumeric, and the smashed garlic cloves and continue to cook for 5 more minutes, when things are just starting to brown up. Add the vinegar and deglaze the bottom of the pot before adding in all the tomatoes, sugar, and tamarind paste.

Bring the mixture to a boil, then immediately turn down to a simmer. Cook on low for 1-2 hours.

When everything is nicely melded and cooked down, add the greens. It will seem like a lot, but cook down quite quickly.

This is when you’d add the raw fish if that’s what you’re using. Let the fish simmer in the sauce until it flakes apart. If using pre-cooked fish, add at the very end of cooking, turning off the heat as soon as you do. Flake the fish apart and let it warm up in the still hot mixture.

With Plantain and Cassava Fufu.

Have I told you about the feeling of fullness yet? Reading about the reverence many West and Central African cultures give to how it feels to have eaten and to be satisfied by a skilled cook, was a revelation to me. It was a perspective on what makes good cuisine that I hadn’t considered before.

So what better way to appreciate this (for me) newfound culinary philosophy than to make the starchy staple which has come to epitomize it: fufu! It’s not bread. It’s not porridge. It’s a kind of starchy, doughy, hybrid of both.

Likely first invented in what is modern day Ghana, fufu is a deceptively simple yet ingenious way to eat your daily carbs. Just about any carb will do: yams, sweet potatoes, corn, plantains, and cassava being the most common across Sub Saharan Africa today.

I’ll be making my very first fufu with the latter two, Cassava (or yuca) and plantains. We’ll be cooking, pounding, and somewhat binding the rich starches in these African staples into a creation that’s simultaneously food and a spoon for eating other food.

END_OF_DOCUMENT_TOKEN_TO_BE_REPLACED

Is good cooking defined by ingredients, skill in preparation, style of cuisine, or is it something even more fundamental and deeply human?

We left out of Africa all the way back in Episode 1, and rarely looked back, but in this episode we finally return to the vast continent, specifically south of the Sahara desert, where more than any other qualities, feeling full and satisfied are what make a great meal, and a great chef is one who can evoke that feeling the most.

Come listen for this and other perspectives on food and dining we so rarely hear about in western history.

Music from this episode: Traditional Nigerian as well as Zulu drums

END_OF_DOCUMENT_TOKEN_TO_BE_REPLACED

Ready for a brief caffeinated interlude before the next episode?
Do something really simple but fun for yourself and make a cup of 17th Century style coffee (after you listen to Episode 23 of the History of Food and hear how coffee changed the world of course). It’s an interesting exercise, and actually pretty tasty!

Coffee beans are coffee beans, whatever century you’re in, but modern inventions like roasters and the coffee filter have changed much about this magical beverage. Today we’ll be starting with raw, green, coffee beans, roasting them ourselves in an oven, then boiling them in a pot the way people did when coffee first got popular.

Raw coffee beans just smell like regular beans, or lentils, which is slightly disconcerting if you’re not expecting it. But have faith, and just wait until we get roasting.

END_OF_DOCUMENT_TOKEN_TO_BE_REPLACED

Save this episode to go with your morning coffee. Sip that dark and bitter brew, maybe with cream and/or sugar, maybe not, and listen along as you learn of coffee’s origins, how it came to Europe, displaced alcohol and sobered everyone up, and how it would foster revolutions in finance, science, and philosophy.

Thanks to coffee and the coffeehouses people drank it in, this newly caffeinated world would never be the same. This is the story of the happy (polygamous?) marriage between coffee, colonialism, and capitalism.

END_OF_DOCUMENT_TOKEN_TO_BE_REPLACED

The “American Melting Pot” is far older, larger, and even more diverse than most people imagine.

After Columbus reconnected Eurasia and Africa with the Americas, the world began to change in ways it never had before. Europeans, Africans, Asians, and American Indians began migrating out of their landmasses of origin. Some movement was voluntary, much was not. . . . but people of all origins soon found themselves flung around the globe, forced to interact and work with each other, mixing their cultures and genetics together to form hybrid societies.

With hybrid societies come hybrid cuisine. The world’s first fusion food is born as people and their culinary traditions converge.

Did I mention we’ll also cover the origin of hard liquor and mixed cocktails? Don’t miss this episode.