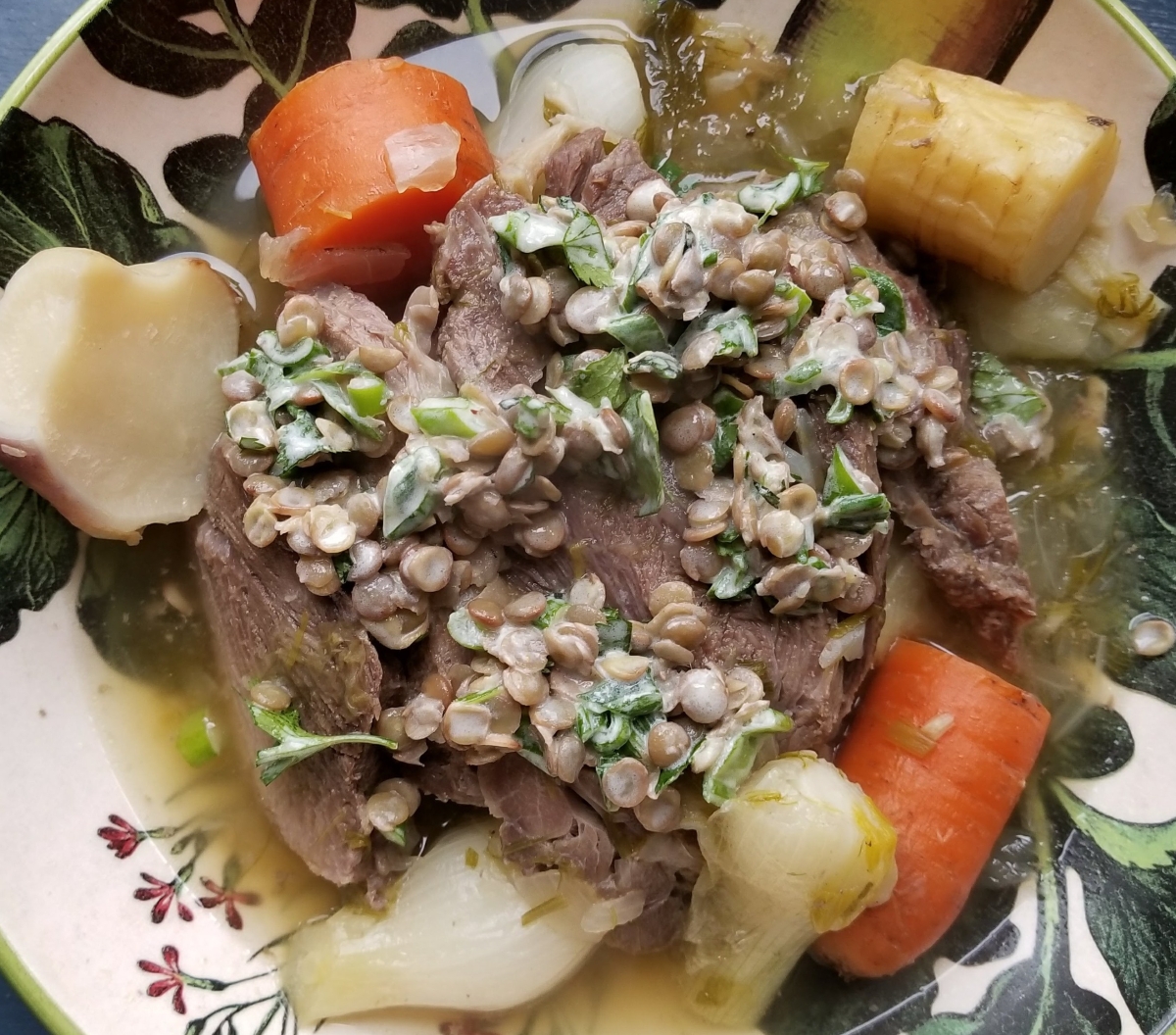 Simple and hearty today. We’re going back for a taste of the  ancient Near East.

Thanks to the famous Greek historian Herodotus, most anthropologists believed that Egyptians avoided pork either for religion or out of disgust, but evidence has shown that first wild boar, and then domesticated pig as well as their fat as a cooking medium  were consumed regularly up until the New Kingdom. In this late period, when a rising sort of middle class could afford to eat pork, the elites may have shunned it to distinguish themselves. After that, pigs were considered a lower class food.

We’re tracing Egypt from the very beginning, so for this dish I’m gonna say pigs are not yet domesticated. Luckily, I’ve got the shoulder of a wild boar. Boar is interesting. It cooks like pig but will remind you more of beef than of pork. 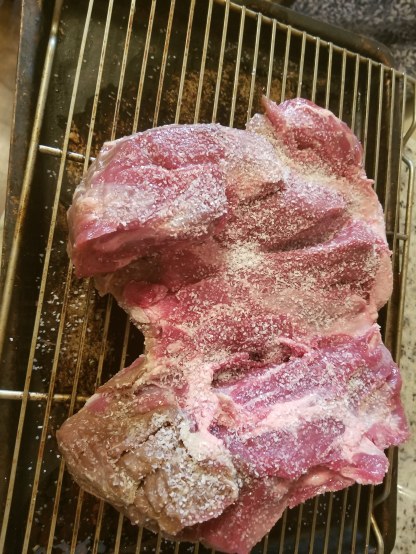 Why boil it all? Well first off, it’ll really be more of a heavy simmer. But the long cook time needed to make pork shoulder tender will work well with a lot of liquid, keeping the meat nice and juicy and forming a flavorful broth in the process.  Secondly, pottery changed cooking in the Neolithic. Pottage, or soups and stews, were very popular all over the Near East.  Even though we’re using this recipe to kick off History of Food’s Egypt episode, this is a dish you could probably find all over the fertile crescent and beyond.  Anywhere there was wild boar to be domesticated, and pots invented to cook it in.

Remember though… because it has meat, this is automatically an upper class dish. It may be found all over the region, but probably only on elite tables. 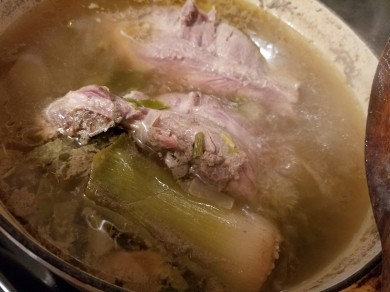 As for the topping, lentils were a staple in gardens everywhere too, a great protein supplement in a grain heavy diet.  Since we’re going for a rich person’s dinner, I figured why not go all out, import some olive oil like the Pre-dynastic Egyptian elites did. Mix with some yogurt, some onions (Egyptians loved their onions), and you’ve got a great side dish or topping. 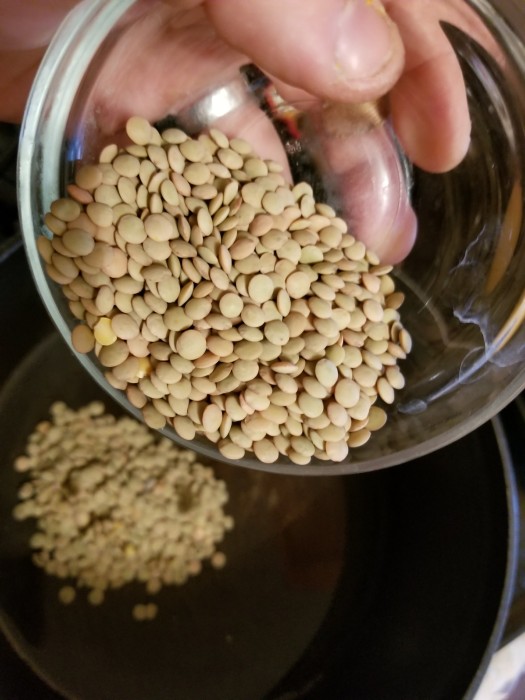 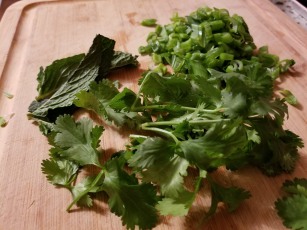 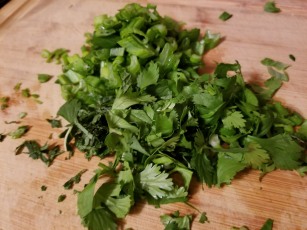 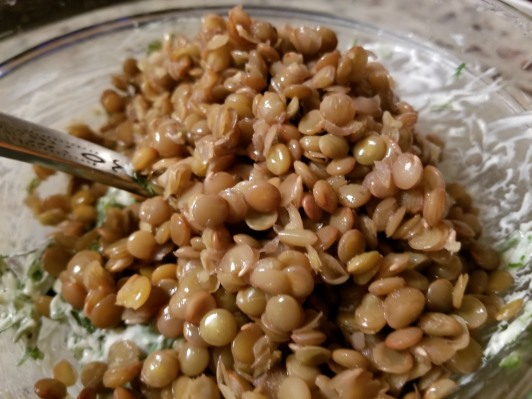 Thanks  to  my friend Al Goehring for supplying the boar for this one.